First published in 1882, Paul Verlaine’s poem, ‘Art Poétique’ is a manifesto for Decadent poets; but it doesn’t just state rules for creating modern poems, it embodies those rules in its very form. As such, it presents a very particular set of difficulties for a translator. The rules it sets out are rules for poets working in French, so how should a writer working in another language translate them? Here is the fin de siècle British poet, Arthur Symons’ version of the first verse alongside the original: 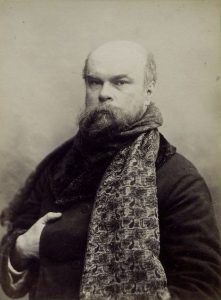 To understand what is going on here, a bit of technical explanation is necessary. In French poetry, the rhythm of a line forms into groups of syllables that follow its syntax; but the position of the letter ‘e’ at the end of a word also tends to force a rhythmic break too. So the first line of ‘Art Poétique’ would divide into these syllabic groupings:

As you can see, Verlaine uses a line of nine syllables, an odd number. Classical French poetry is associated with finely balanced, symmetrical rhythmic forms that are usually 12 syllables long – this known as the Alexandrine. A line with an odd number of syllables is known as ‘vers impair’, the term that Verlaine used in the next line: 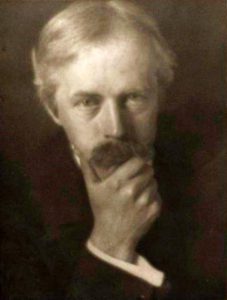 It is impossible to divide a line of nine syllables symmetrically. The different patterns you can see inthese two lines show Verlaine playing with various rhythmic effects. He is breaking down conventional French poetic forms in order to explore new kinds of ‘music’. In other words, the poem enacts what it asks us to do within its own rhythms.

But, soft! What light through yonder window breaks?

It’s more conventional to use a ‘/’ to indicate a stressed syllable. So we could annotate Symons’ version of Verlaine like this:

Music first and foremost of all!

Choose your measure of odd not even,

You can see from this that, in place of an iambic rhythm, Symons has chosen a trochaic rhythm – one that places a stress first, as in ‘DUM di’. (Although he does vary this at the very end of the first line.) This rhythmic reversal seems to be Symons’ way of imitating Verlaine’s break with traditional French verse in English.

The second line is more difficult here and I’ve put a question mark next to my record of the rhythm at the end. There is a poetic tradition in English of eliding the two syllables of a word like ‘even’ for the purposes of smoothing out a rhythm. ‘E’en’ would then rhyme with ‘Heav’n’ in the fourth line. But I’ve left this unresolved, because I wonder if Symons deliberately wants us to sound out both syllables in ‘even’ as a means of imitating the deliberately uneven rhythms in Verlaine’s poem.

But what do you think? Let us know in the comments – how clever is Symons being?

* This blogpost was inspired by a discussion of these two versions of ‘Art Poétique’ with students on my course ‘Decadence and the Modern’ – and I’m very grateful to them for their insights. You can find Symons’ version in Lisa Rodensky’s Decadent Poetry from Oscar Wilde to Naidu, published by Penguin.

** Note that you haveto sound out an ‘e’ at the end of a word within a line, unless (as in this example, it is followed by a vowel). Confusingly for English readers, you don’t sound out the ‘e’ at the end of a word if it occurs at the end of a line. For a fuller and more nuanced account of how to read French verse, see the appendix to Clive Scott The Riches of Rhyme (1988). Any misunderstandings are my own. We’re very pleased to welcome Professor Scott as a plenary speaker at the first network event that we’re holding in Oxford during November 2018.

*** Yes, I know that Meredith Martin denies this exists in The Rise and Fall of Meter (2012), but that’s a blogpost for another time!